Our feminized photoperiod Sour Diesel seeds are an East Coast favorite and have been for decades. This ultra gassy, high yielding beast hits you with 25% THC and a cerebral, uplifting monster of a high with it’s 80% Sativa 20% Indica breakdown.

If you’re looking for that one sativa strain to fall in love with both growing and smoking, our Sour Diesel seeds are what you need right now. This strain reached legendary status decades ago and still is one of the most popular strains in the world.

Sour Diesel is easily one of the most recognizable cannabis strains in modern pop culture, right next to Blue Dream and OG Kush. The timeless classic, affectionately nicknamed “Sour D”, “Diesel”, “Sour Deez”, or even sometimes simply “Gas” was popularized on the East Coast and made its way into our hearts beginning in the early 90’s.

Sour Diesel seeds have a mysterious, possibly even accidental origin, but the flavor and effect outlast the test of time. Unlike the price of gas since the 90’s, we can rely on Sour Diesel to remain consistent in satisfying patients’ cravings for a pungent, earthy flower that induces euphoria and nostalgia.

Get ready for a taste of 90’s funk in your harvest after popping Sour Diesel seeds. Born from the parents Chemdawg and Super Skunk, the genetics passed down to their child Sour Diesel fuel the flavor that old heads crave. A powerful Sativa that grows tall and strong, complete with dense, light green buds that reek of skunky fumes and burn smoothly on the exhale.

When we look back on the origin story, it’s clear that the strain has a history of satisfying a laundry list of medical needs and recreational desires. Different reports credit a variety of anonymous growers, but the gist of the story is that the Chemdawg parent was pollinated by a male Super Skunk seed from Amsterdam and began its takeover of New York in the early 1990s.

Growers were going crazy over the gassy, funky notes in the aroma, and Sour Diesel did not disappoint when it came to yielding quantity and quality buds. Large, leafy buds with dewy resin and bright green hues were delighting the senses of stoners and making their way to the masses.

Soon, the entire East Coast was blazing the Gas, highly sought after for its potent cerebral high that expanded minds and provided an alternative for those who avoided the lethargic, couch lock effects from heavier OGs.

Later on, Sour Diesel would become half of the parent genetics of both Headband and Death Star, which both have earned notoriety among experienced growers for their own unique qualities.

Cultivating a strain such as Sour Diesel with such a prolific heritage that’s rooted in stoner culture is an epic task and notable achievement. You could compare a successful harvest from Sour Diesel seeds to bagging a rare and exotic sea creature off the coast of the Atlantic Ocean. Wrestling with the speedy growth through the 10-12 week flowering cycle proves to be a tough match for growers with an above-average skill level.

Those who have achieved optimal Sour Diesel production and harvest have dialed in their grows to encourage dense bud structure and allow for the cultivar to grow medium to large, but incredibly potent yields.

The power of the sun is a beneficial ally once your Sour Diesel seeds are planted – many sativa dominant and especially landrace sativas prefer a warm and sunny climate, and this strain is no exception to that rule.

Sour Diesel naturally has a bud structure that could be improved by providing the appropriate environment to allow the plant to stretch out and divert nutrients equally, increasing density and potency of the buds.

Those looking to cultivate indoors will want to provide this strain with an appropriate spectrum of light to mimic the natural sunlight available to an outdoor or greenhouse grow. It’s been noted that indoor growers have also seen success when using hydroponic grow methods and mediums to cultivate Sour Diesel seeds.

From indoor to outdoor, this strain is consistently reported to grow tall, so expect to maintain it with low-stress training or other plant manipulation techniques. Most importantly, your facility will reek of skunk and pungent diesel fumes, enveloping you in a delicious aroma that is worth its weight in gold (or sweat equity.)

The way this strain makes you feel is reminiscent of a bright, sunny day and will have you craving a frozen ice-pop when the cottonmouth kicks in. Sour Diesel seeds have a way of generating a unique combination of cerebral effects that both energize and stimulate the mind.

Stoners who enjoy a good wake-and-bake will revel in the combination of a warm cup of coffee in one hand, and a joint of the zippy sativa burning in the other to get their day started.

This is the perfect strain for those who love to socialize, and even patients who naturally shy away from conversation might find themselves making new friends and feeling happier from a few puffs of Sour Diesel.

If you’re an athlete or an artist, you can find benefits from the energizing focus and rush of creativity that floods the mind and keeps you lifted for hours.

There are a multitude of reviews online from cannabis consumers across the nation who swear by Sour Diesel as their go-to strain for creating art, working out – essentially any stimulating activities.

Even the famous Def Squad rapper and How High co-star Redman praised the strain’s effects in a 2017 interview. “Sour Diesel is one of my favorites to smoke because it gives me good motivation, gives me energy. I like to work a lot: I’m in a studio maybe 16 hours a day.”

Patients looking to relieve symptoms of mental disorders such as depression, anxiety, and PTSD have all the benefits of a good sativa: mood elevation, mental invigoration, and appetite stimulation. The most commonly noted effect is the effect Sour Diesel has on your mood.

Many patients note that its uplifting high allows users to experience a profound shift in consciousness from a place of darkness to light. We may call her sour, but you’ll be sweet on this powerhouse sativa.

Our Sour Diesel seeds produce higher THC levels, making it a potent dose that is effective and efficient when you need to get the job done.

Sour Diesel seeds produce buds with a classic cannabis silhouette – elongated, spearhead shapes each with a firm, rounded base. When you imagine a caricature of a nug, you’re picturing what Sour Diesel looks like.

These bright, lime green buds can sometimes take on a darker hue with slivers of lavender whisked in, but for the most part grow green and may cause some envy from your competitors.

Light orange hairs peek out behind bulbous calyxes that radiate with potent trichomes. Sour Diesel seeds will have your garden reeking of the unmistakable funk that true stoners relentlessly search for.

This deliciously pungent plant bursts with flavor of powerful gas and diesel fuel. You may notice a slight chemical taste which is rounded out by a hint of citrusy lime. Every sour, earthy note is tied together by the sweet, skunky haze that leaves your mouth watering after each toke.

The distinct aroma of Sour Diesel is so highly coveted by long-time cannabis connoisseurs because it is one of the rare strains that lives up to the hype of the mystery and lore surrounding it. Before Sour Diesel seeds were scattered throughout the East Coast, the funk of the Skunk was all anyone could talk about.

It’s no surprise that Sour Diesel inherited the incredible traits from its Super Skunk parent, displaying a unique mix of earthy fuel and fermented citrus. Dominant terpenes most commonly found in this cultivar are caryophyllene and myrcene to give a rich, peppery and earthy musk.

Tying into the combination are Limonene and Pinene which cut through the funk to round out the strain with the uplifting sweetness and fresh-cut citrus essence that makes Sour Diesel arguably one of the best and most prolific strains in all of cannabis culture.

Be sure to mix these famous cannabis seeds with some of our other premium seeds. We also offer Peanut Butter Breath seeds, Apple Fritter seeds, Do Si Dos seeds, Ice Cream Cake seeds and so many more! 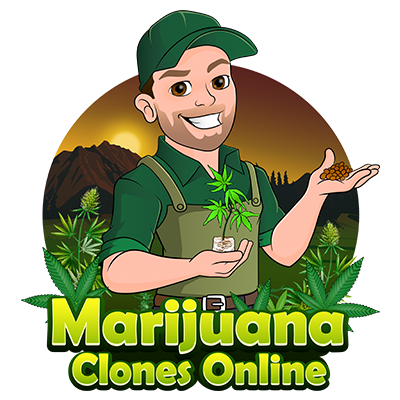